Specialvideo has developed a vision system for counting particular insects, which are used in the integrated pest management.

The necessity to limit or exclude the use of chemical pesticides has lead many farmers to rely on integrated pest control. This is done in order to have both a better products quality and a reduced land poisoning. The insects are produced by zootechnological firms and distributed to farms and agricultural operators.

The vision system developed by Specialvideo automatically counts the insects number while they are aspired and captured for distribution.
The program allows to manage different insects species and various air flow velocity.
This is an important feature, since it has been necessary to regulate the air flux depending on the kind of insect.

The solution developed by Specialvideo is based on a SCS smart camera.
The User’s Interface, which can be seen in the image below, allows the re-parametrization in function of the air flux.

The software starts an alarm when the predetermined insect number has been reached. There is also the possibility of having a pre-alarm an adjustable units number before the total has been reached.

One of the insect-counting vision systems produced and installed by Specialvideo was broadcast on Rai within Super Quark (an Italian broadcast of national relevance) in July 2021: at the 1:38 min position, the vision system is framed and an overview of its use and advantages for production is given.

Before the system development, the insects were manually counted while being aspired. This implied a considerable margin of error, especially at high velocities of the air flow.

The vision system allows a precise counting of the subjects, with an error term smaller than 1% and, differently than for the human operator, the error is independent from the air flux velocity. 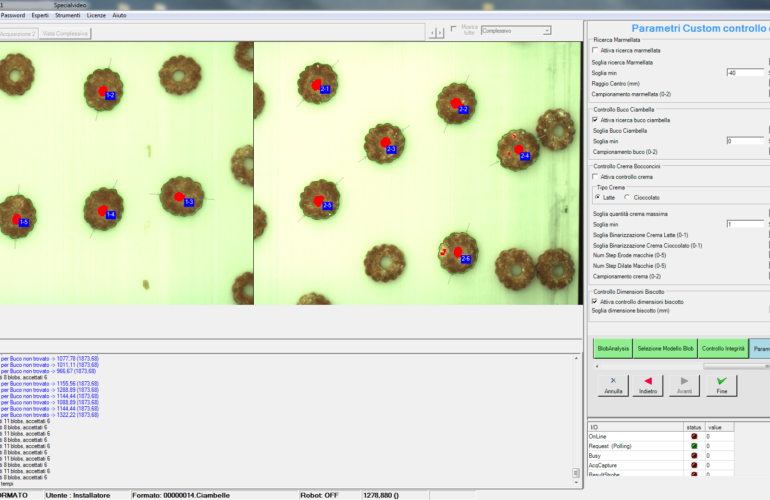 Specialvideo presents a 2D and 3D quality control for biscuits, crackers, breadsticks and leavened products. It can be integrated into robot lines, at a rate of over 1000 pieces/min. 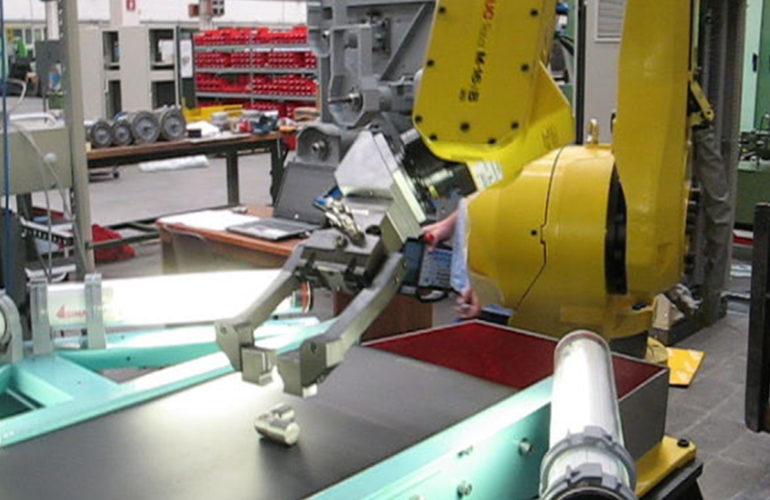 Specialvideo has realized a vision system for robot guide in taps component production. 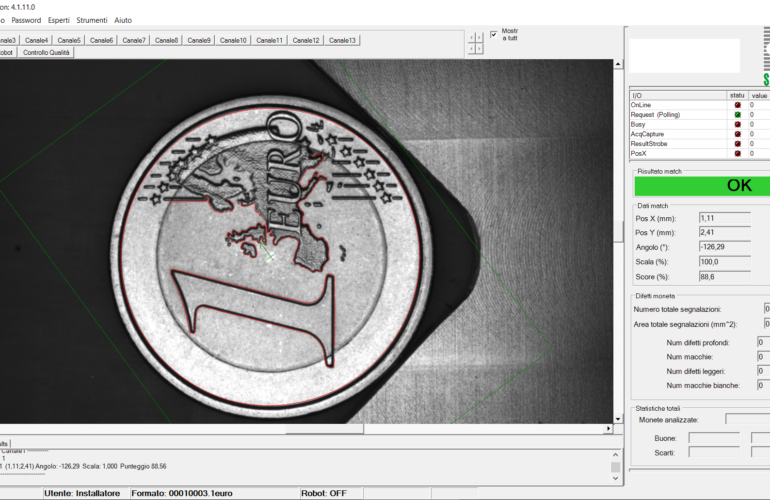 Specialvideo presents a quality control of Brilliant Uncirculated coins based on learning the model coin, thanks to which it determines the differences that cause discards, tolerating the variability due to the production process.